We work with a number of partners to bring convenient savings, low cost loans and ethical prepaid and current account services to local residents and employees. These include:

Lewisham Council has been a long term supporter of the Credit Union. We were supported by Lewisham in 2003 when we applied for a grant from the Crystal Palace Partnership for Single Regeneration Budget Funds. This enabled us to open the Sydenham Branch - 262 Kirkdale, SE26. We were awarded the Neighbourhood Renewal Funding to develop services in Bellingham. Lewisham supported the merger with the Deptford and New Cross Credit Union in 2010. We were partners in the Lewisham Council pilot scheme for Universal Credit support services in 2013. We have also participated in Lewisham’s Faith in the Community conferences.

In Lewisham we currently work with the Council to provide loans to prevent homelessness and to assist single homeless people with obtaining rented accommodation, with referral to the Credit Union where applicants meet the scheme criteria.

Churches in Lewisham and Bromley

Lewisham Plus Credit Union was originally founded as the Association of Churches Together in Sydenham and Forest Hill (ACTS) Credit Union Limited, back in 1992. It was created by the Christian churches in Sydenham together responding to meet community needs, following on from the report Faith in the City 1985 on the church and the needs of urban priority areas. More recently Archbishop Justin Welby’s comments about “competing Wonga out of existence” in the summer of 2013 led to renewed support from churches of all denominations.

In May 2014 Lewisham Plus took part in the launch of the Church Credit Champions Network (CCCN), at St. Martin-in-the-fields, Trafalgar Sq. Sir Hector Sants, the Bishop of Stepney and others explained how the CCCN will help to promote affordable, responsible credit and church support for credit unions. We are pleased to be working with the CCCN and also with the Diocese of Rochester to explore and develop church support for the credit union in Lewisham and Bromley.

Clarion Housing have been long term supporters of the Credit Union and - as Affinity Sutton Group (ASG), who subsequently merged with Circle Housing Group to form Clarion Housing Group - worked with us in 2008/9 to expand our common bond across the borough of Bromley. ASG were instrumental in enabling us to open the Bromley Plus branch in 2011. We continue to work with Clarion to promote the Credit Union's services to their residents living in the Lewisham and Bromley boroughs.

At the beginning of 2014 we opened a new branch and office at The Green Man, in Catford SE6 (on the BR1 boundary), in the new headquarters for Phoenix Community Housing Association and as part of their Community Hub. In 2013 we amended our Rules to allow any Phoenix Community Housing Association residents or staff to join the credit union. We are further developing our work with Phoenix, who support us to encourage financial inclusion for their residents and as part of their strategy to assist residents with the transition to Universal Credit.

Over the last few years we have also been supported by Hyde Housing, Hexagon, Family Mosaic and L&Q Housing. 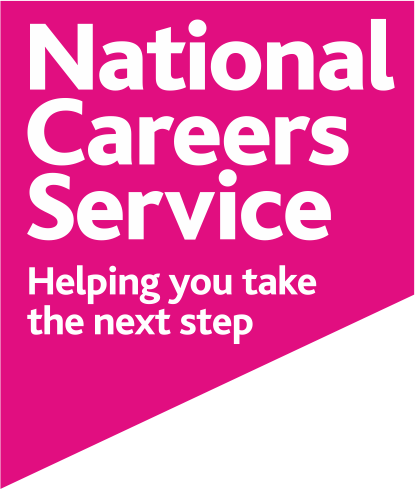 We have partnered with the National Careers Service so that together we can provide mutual help and support for our members.

The National Careers Service is the publicly funded careers service for adults and young people (aged 13 or over) in England, and provides information, advice and guidance on learning, training, career choice, career development, job search and the labour market.

Adults aged 19 and over (or 18 year olds who are not in education, employment or training) can book a free 1:1 appointment with a qualified Careers Adviser by calling 0800 100 900 or visiting the website at nationalcareers.service.gov.uk.

Support from the National Careers Service includes help with:

Members will be supported by the National Careers Service for up to 12 months, with regular telephone calls to check on progress and offer further support.

In February 2015 we were thrilled to be awarded a £100,000 grant from the Lloyds Banking Group Credit Union Development Fund, administered by the Credit Union Foundation. This was awarded to increase our financial capital ratio to well above the challenging 8% level required by the Prudential Regulation Authority (PRA) for large credit unions. The grant has made it possible for us to plan to grow, including our web site re-launch and 2015 marketing campaign.

Lewisham Plus Credit Union Limited is an active member of the Association of British Credit Unions Limited (ABCUL) and participates as part of the London & South East ABCUL Forum. We are members of the Credit Union Expansion Project (CUEP) being delivered by Cornerstone Mutual Services Limited, which was set up by ABCUL to enable credit unions across the country to benefit from shared business model services. The £38m CUEP is funded by the government and overseen by the Department for Work and Pensions.

Lewisham Plus Credit Union wishes to gratefully acknowledge all volunteers, partners and supporters of the credit union, alongside and in addition to the organisations listed above.

You can find our branches in Bromley, Sydenham Lewisham and New Cross. We're here to help, with Savings, Loans and Current Accounts for you

How can we help you?

Why wait to join us ?

A Loan that's Right 4U

Try our easy to use loan calculator and find the best loan deal for you.

Lewisham Plus Credit Union Limited is a member of the Financial Services Compensation Scheme (FSCS), complies with the Data Protection Act 1998 and is Authorised by the Prudential Regulation Authority and regulated by the Financial Conduct Authority and Prudential Regulation Authority. Firm reference number 213588. Credit Union Registration Number 295C (IP00295C at Companies House).